Thank you for submitting your Interest. 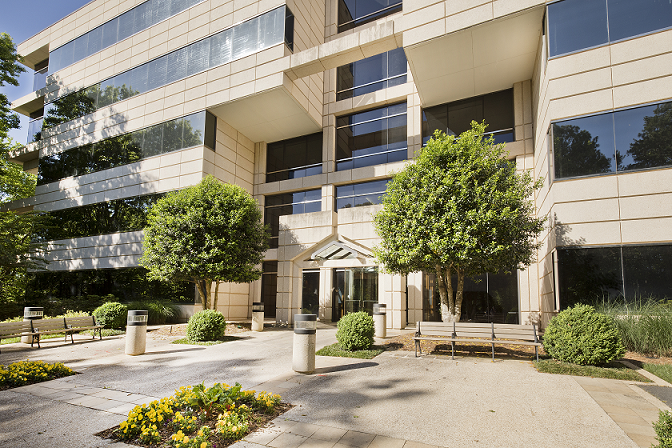 The investment opportunity is in the heart of the affluent "Georgia 400" corridor in North Atlanta and is directly adjacent to Northside Hospital's Alpharetta Campus, one of Atlanta's strongest hospital systems.

For the past 2 years the building has been converted and renovated from an office building to a medical office building. The building will be fully occupied during the 3rd quarter 2019, whilst further value is being added by building a paid parking garage. The investment holding period will be 5 years.
INVESTMENT OVERVIEW
The equity investment offering to the value of $4,6 million is available, to be employed to acquire real estate called Old Milton Medical 25, located in North Atlanta, United States. The investment is available to investors from as little as $5,000.

Built in 1986 for Siemens’s “Energy & Automation” regional headquarters, this 5-story facility is a 114,357 sf, class “A” office building sitting on 10.42 acres. The base building is solid concrete, features loading docks, a generator that can operate the building for 28 days and incorporates high end interior finishes such as Jerusalem sandstone.

The Campus will include four medical office buildings, four parking decks, independent and assisted living facilities with Wellness or Retail centers. The building has been converted into a 114,357 sf “state-of-the-art” medical office building, featuring the latest in GammaPod, hyperbaric, pain management, plastic surgery and imaging technologies. Six of the tenants will feature Ambulatory Surgical Centers within their space.

Located in one of Atlanta’s most affluent, high growth corridors, typified by golf course communities, high end retail and class “A” office parks, many of which are anchored by Fortune 500 companies.

Northside Hospital’s Alpharetta campus was developed by the property partner for the hospital. Northside Hospital is one of Georgia’s leading healthcare systems, is a dominant provider in the market and has historically enjoyed a Moody’s “A3” credit rating, has no public debt.

The buildings are 100% leased with a weighted averaged lease term of 17,96 years. The developer is very experienced and well established with more than 40 years of successful history. They have also developed approximately 4 million sf of medical offices, including numerous buildings for the Northside Hospital system.

MARKET OVERVIEW
Atlanta enjoys growth in population, jobs and income. Atlanta’s economy continues to outperform the nation, and its unemployment rate is at its lowest point in more than a decade. The metro area continues to attract relocations from workers and businesses, and Atlanta is one of the nation’s fastest-growing Metropolitan Statistical Areas as a result.

For the past several years the Atlanta medical office market has seen steady levels of demand and limited development, which has brought vacancy down from 15% to less than 9% today. This has given rise to healthy rent growth and gained the attention of investors, who see Atlanta as a strong market in which to deploy capital. More development is likely to begin in the coming months, and the market can certainly benefit from additional product in high-demand neighbourhoods. In 2019 second half of 2019, we expect to see continuing rental growth, a rise in new construction, and a vacancy rate that should stay stable.

With global economic environment slowing, the majority of central banks have either started to cut interest rates or indicated that they will, has also encouraged the Fed to signal that they will cut interest rates potentially in the second half of 2019. This has provided for Cap Rates to stabilise and even point lower. (Increasing the value of properties) 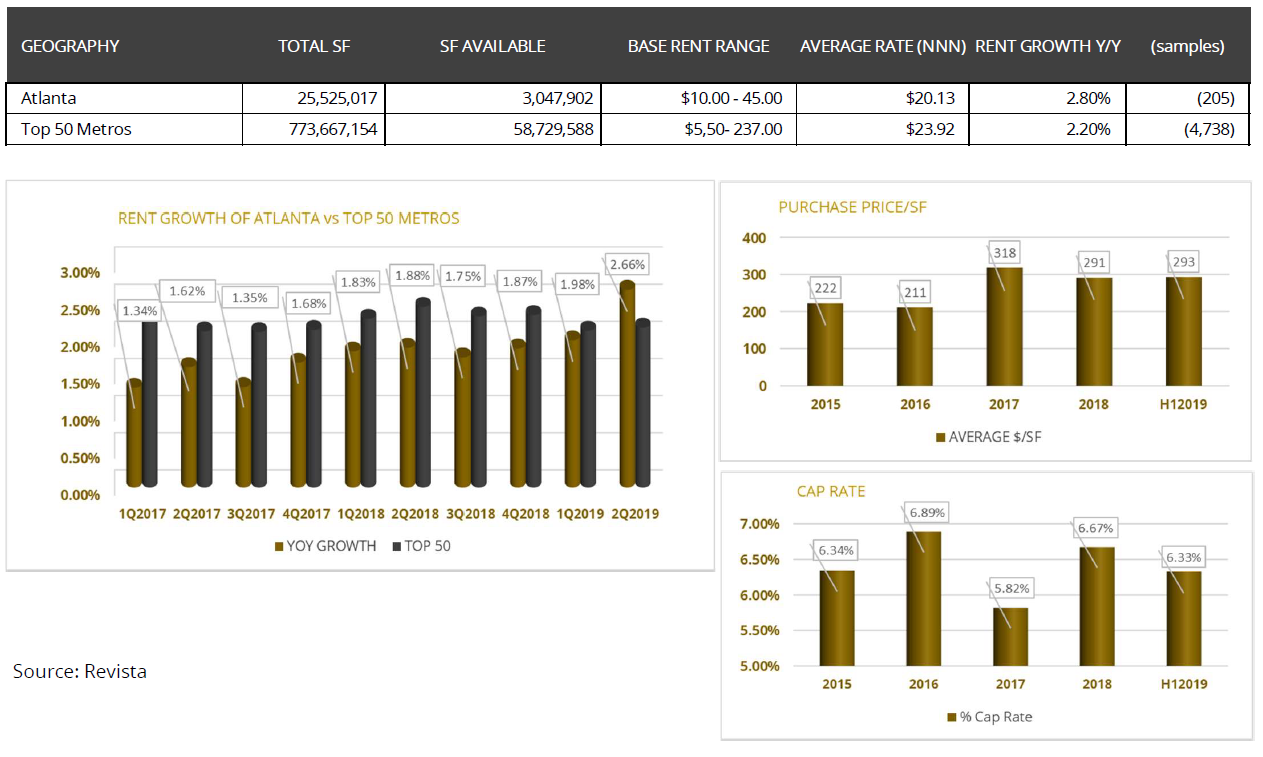 LOCATION OVERVIEW
Atlanta, Georgia is the capital city of Georgia and is recognized as an international gateway that is also an emerging Tier 1 technology hub and the established economic engine of the Southeast.
The metropolitan area is made up of 29 counties spanning 22,592 square kilometers. Metro Atlanta is one of the fastest growing metros in the U.S. and has the 10th largest metro economy in the U.S. as measured by Gross Metro Product (GMP). The area is home to 5.9 million people and more than 150,000 business establishments.
The Southeast’s population is 83.7 million, and its economy is the largest of all U.S. regions. Gross Domestic Product (GDP) in the Southeast measured $4.1 trillion in 2017.
While Atlanta’s quality-of-life characteristics have historically proven to be a primary draw for immigration, tremendous job growth from relocating and expanding companies has been particularly impactful during this expansion cycle with more than 400,000 net new jobs added in the last five years.
Diversified and substantial investment from corporations and state and local governments make Atlanta an incredible place to do business. As further proof that Atlanta is a mainstay of global commerce, this fast-growing metropolis is also hosting to the busiest airport in the world, Hartsfield-Jackson International Airport servicing more than 100 million passengers per year.
As the economy remains in expansion mode, Fortune 500 businesses continue to focus on streamlining their operations in regions with lower operating costs and a well-educated, growing labour force. This talent pool coincides well with Atlanta’s prime location within a short-flying distance of a clear majority of US population centers. Atlanta’s concentration of highly-educated professionals will continue to make the area a preferred destination for corporate relocations and expansions.
MAJOR CORPORATE HEADQUARTERS ANCHORS IN CENTRAL PERIMETER (FORTUNE 500 RANKING)

This is a danger alert—check it out!